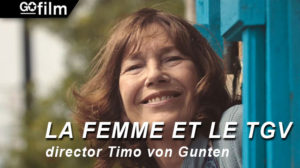 Directed by Timo von Gunten – Elise has been waving at the express train as it passes by her home every day for three decades. A letter from the train’s conductor begins a correspondence between the two, and when the train is detoured to another route, Elise goes in search of her man. GFM: La Femme […]