In 2014, at the height of the Ukrainian revolution, a mother loses her son who is killed while protesting in Independence Square. Her attempt to bury him as a hero clashes with a corrupt bureaucratic system, testing her view of Ukraine.

We sat down with Ukrainian writer/director Masha Novikova at the Cannes Film Festival to discuss her latest film, Glorious Revolution which was awarded 3rd Prize in the festival’s La Cinef selection.

GFM: Glorious Revolution is very moving. It’s hard to watch a mother go through what Svetlana endures in the film, to bury her dead son.

Masha: The character of the mother in my film is a little bit the prototype of the modern Ukraine. The person who has lost everything, she has lost her precious thing. I was so moved by this true story of a mother trying to bury her son as a hero, and how it is to lose your only child, to lose your income, to lose your home, to lose everything.

In this story, she faces corruption. She faces the worst that a person could ever go through. And at the same time, she finds an energy and her spirits and the will to go on. I was amazed that this human could lose everything, but continue to fight.

I made this film last year, in 2021, and now today the plot is more clear to the audience, because we all see Ukraine, how stubborn it is, and we see this character now. 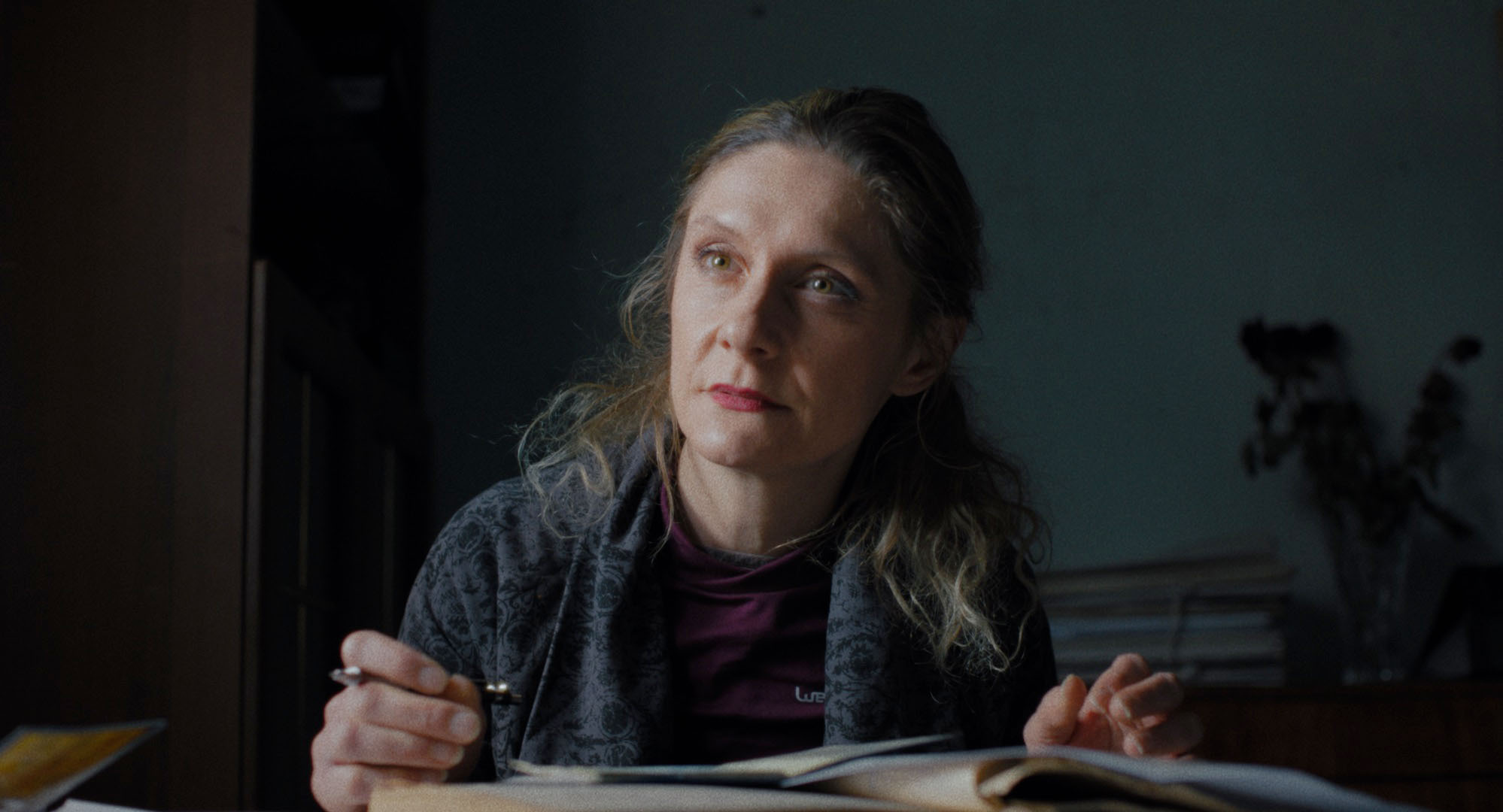 GFM: Your lead actress Natalia Berezhnaya conveys such strength and dignity in her role as the mother. How did you approach casting and directing her?

Masha: I was looking for a person who has this character but who is not a professional actress. I saw Natalia in another film called DAU. Natasha and I was just amazed by how natural she is, and I also quite liked her directness and her character that I felt was right for my story. Very fragile, but at the same time, very powerful.

Directing is probably one of the most difficult jobs in film, as directing another person is such a big challenge. Natalia was the only non-professional actor in our cast. My goals were to support her and to make her feel comfortable among the other professional actors, just to create this atmosphere where she felt safe.

It was a great challenge, because non-professional actors don’t have a technique that they use, and it all gets very emotional. They’re just living the situation. They’re not performing. I realized that she was reading a lot from me and my reactions. And as I feel, she would also feel, like somehow read it. So in a way, I needed to put myself in the emotional state of her character. I really had to struggle as she struggled in order to give Natalia her direction. 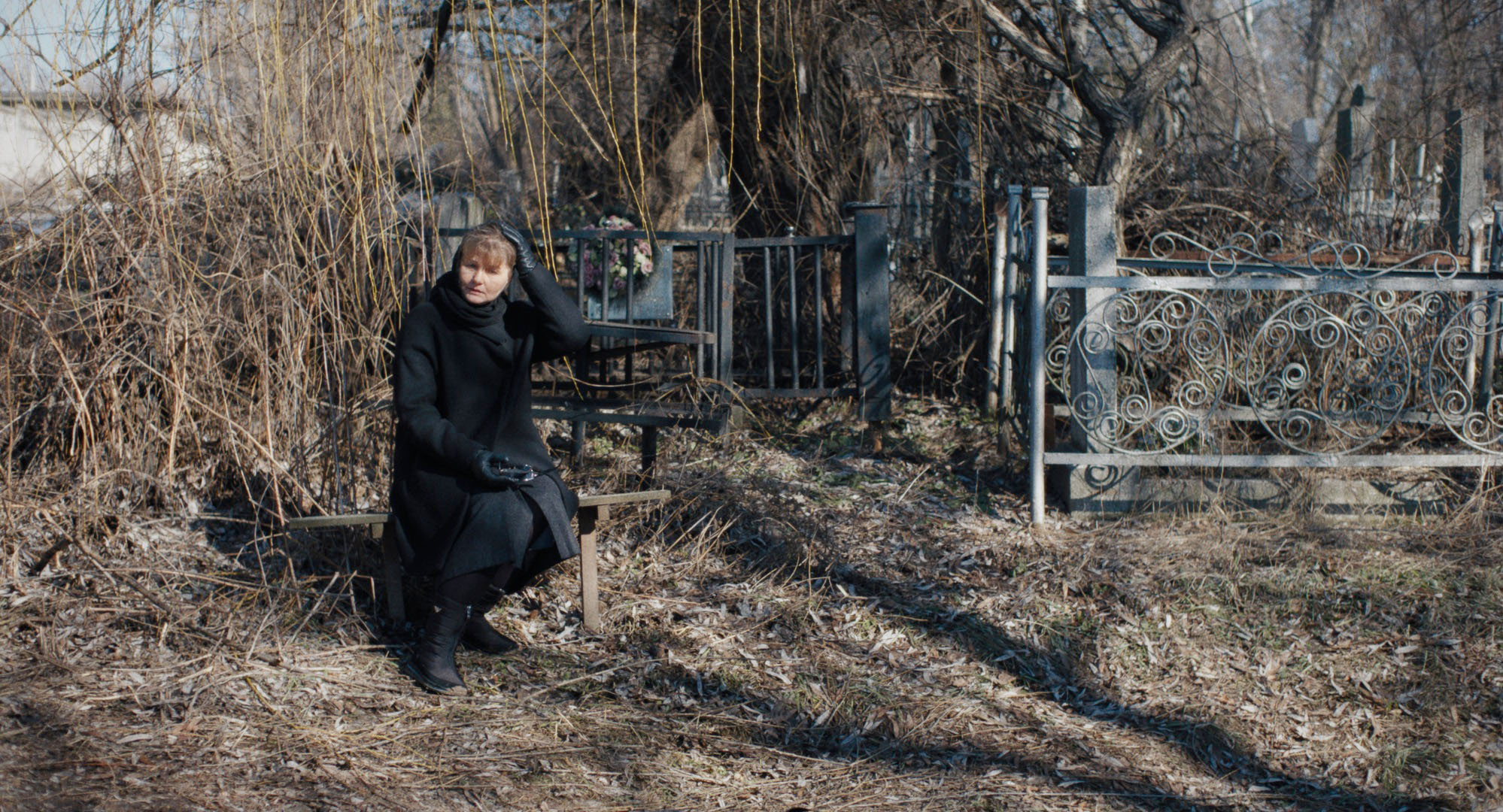 GFM: I think you both succeeded greatly. Can you talk a little bit about the production itself and the challenges that you faced?

Masha: We shot in Kiev, in Ukraine and in the area around Kiev. Around Bucha. It’s very sad because this area has become unfortunately famous now.

Of course COVID was one of the challenges that we faced. I worked with an international crew, and with the great support of a Ukrainian crew. We were all coming from different countries and COVID was a big issue we had to face.

But I will be very honest with you. I think the biggest challenge for me as a director was that my film is quite critical about the corruption in Ukraine. I feel we need to speak about corruption. Because after the war in Ukraine, corruption is our second biggest problem. 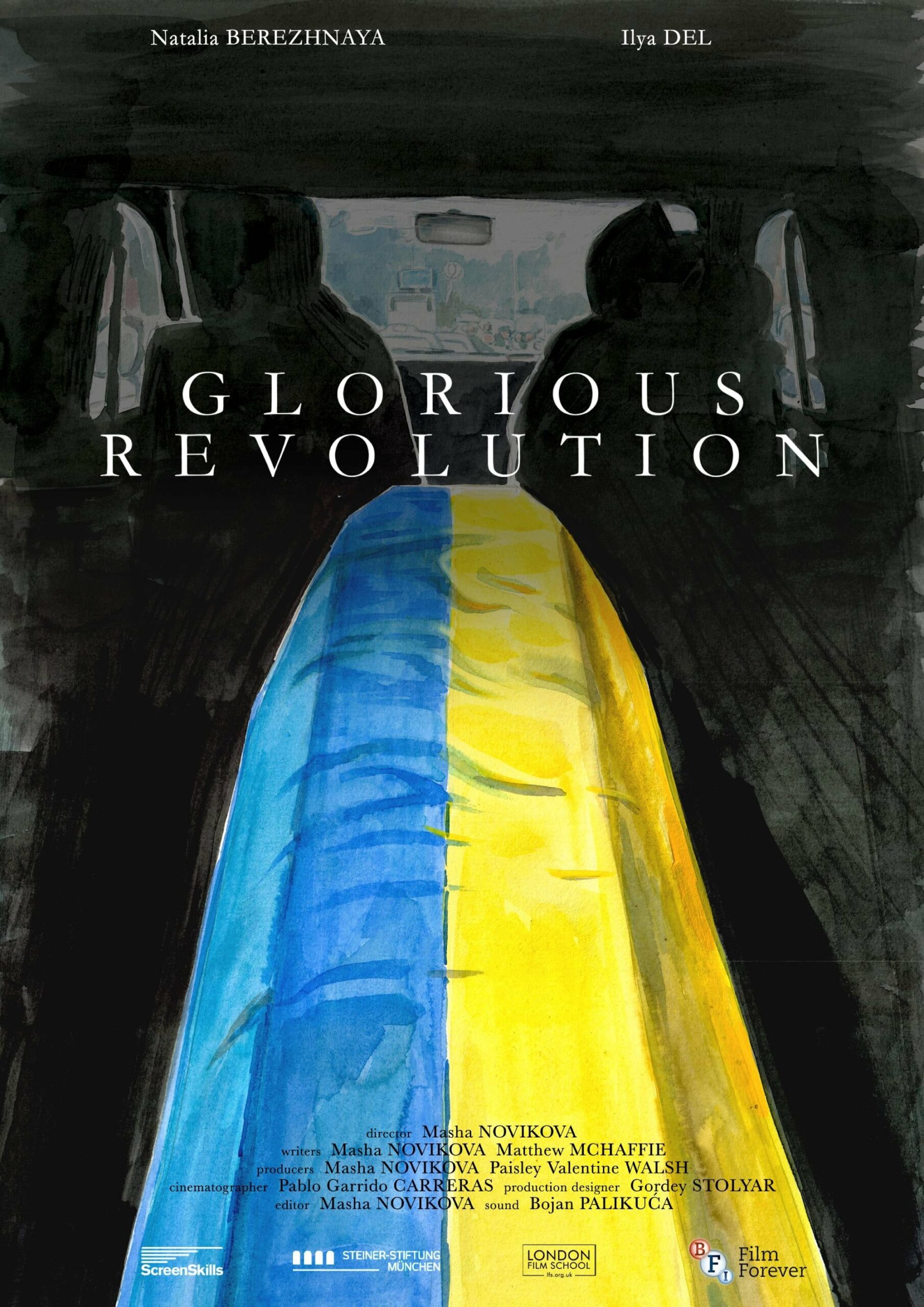 GFM: What do you think about the Cannes Film Festival’s reception of Ukrainian filmmakers this year?

Masha: Of course I appreciate the Cannes Film Festival’s support of Ukrainian cinema. Having said that, I think we must work harder to establish our own identity in the film industry. We should see this as only the beginning and this identity must be found.

I think we all have big hopes that it will grow. And many interesting authors will come from Ukraine. We will see more Ukrainian films next year. I know from friends, people are already writing these drafts and these films are actually being made.

It’s great to see the support here, but we still have to work hard. 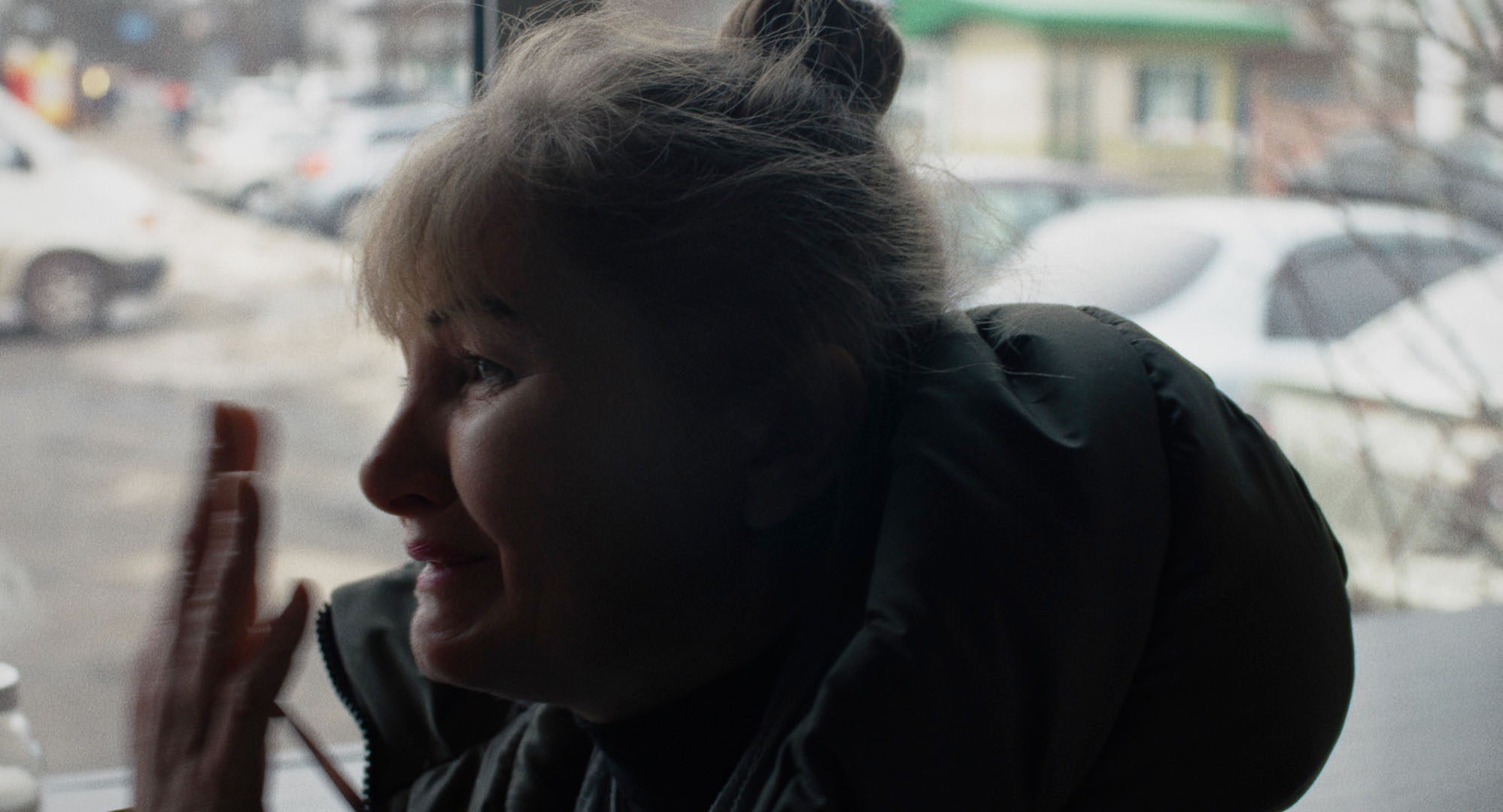 GFM: What does it mean for you personally in your career to be here at the Cannes Film Festival with your film in the Cinefondation selection?

Masha:  I have very mixed feelings about that, because on the one hand I try to stay very realistic, very down to earth. I realize that this is a great opportunity, but still, if I don’t continue my work, it will be still hard after this.

It’s great that we are here, very appreciated and welcome, but of course, it’s up to us, what we will make out of it. This is my feeling and it’s a great learning opportunity, also.

It all feels quite surreal that this is happening to me. I can’t be happier to show my film here. Just knowing that somebody is interested and found my story worth showing here is already, absolutely amazing. So I’m really grateful to be here.

GFM: That was wonderful. Thank you very much. 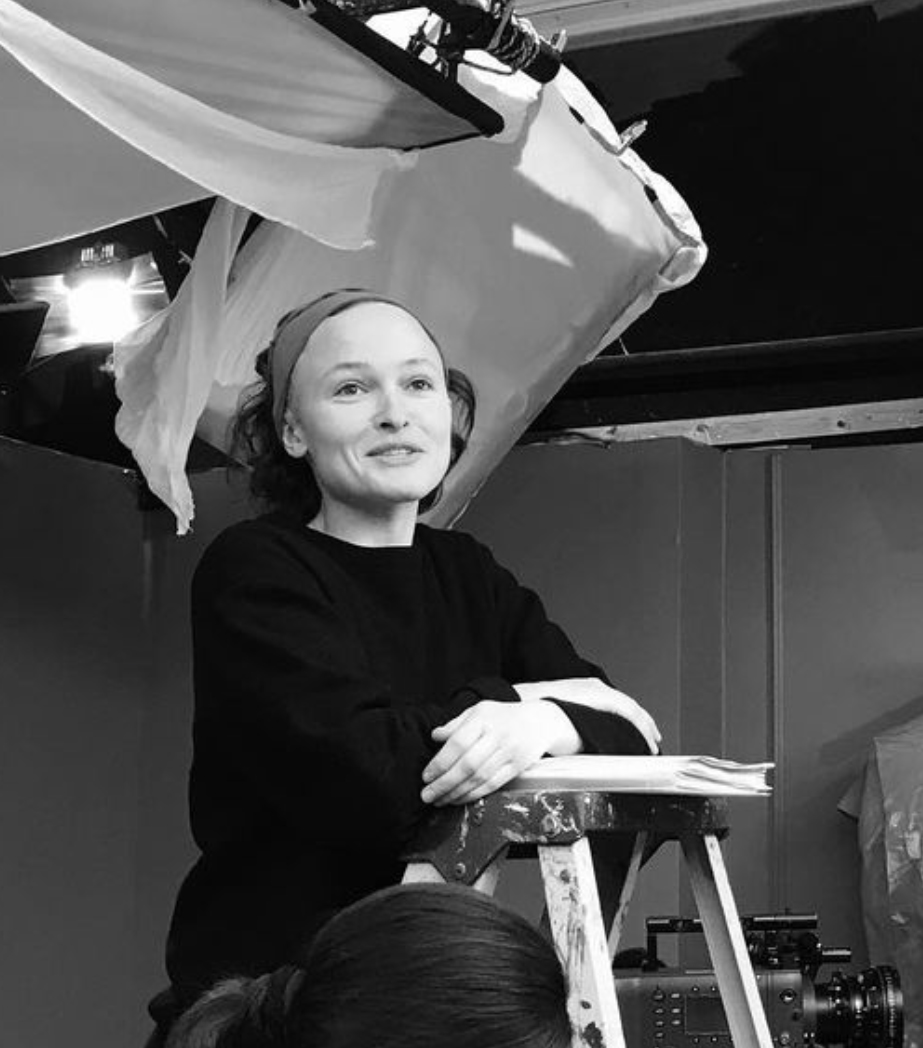