Contrapelo is the story of a proud Mexican barber who is forced to shave the leader of a drug cartel.

GFM:
Which filmmakers are you most inspired by, and how have they influenced your work?

Gareth:
Well, I’m very inspired by Martin Scorsese, Stanley Kubrick and Jacques Audiard. There are a lot of people who have inspired me, and all in different ways – some in ways I don’t even really realize. I’ve always been inspired by directors who create characters that are at the edge of morality, and it’s hard to gauge whether they’re good or bad people. That type of moral tension, about people, is very interesting to me. So, I like directors that play with that, in any way, shape, or form.

GFM:
Where did the story come from?

Gareth:
The story is based on a short story that I read when I was ten years old in school called “Lather and Nothing Else”, by Hernando Tellez. In the original short story, I think it’s set in Colombia, there’s a revolution going on. The story is set in a barbershop – everything happens in a barbershop – and this barber has to shave this captain, who is from the fascist regime and responsible for killing all these people. The story was two pages long (it was very, very internal) and you never really got a sense that the barber might actually do anything. Somehow, the story really got into my head, and I thought it would be very good to apply it to the Mexican situation we are living in right now, because it has polarized people; it’s very easy to see those you think you are fighting against as inhuman – as just enemies. But when you see that people, who have committed terrible things, are just as human as you are, it’s a different conversation. What I liked about the core of this story is that, by the end, it makes people similar, and implicates or involves them in the problem one way or another. To me, that’s what makes it interesting. 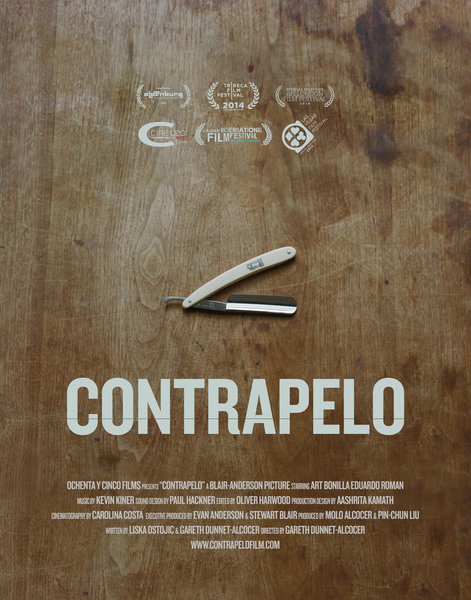 GFM:
This ties nicely into the next question. The Barber and the Drug Lord seem like two sides of the same coin; can you perhaps talk about your background, having grown up in Mexico, and what the film is trying to say about masculinity in this context?

Gareth:
Well, it’s a very masculine film, which is funny because a woman produced it, shot it, co-wrote it, and a woman did all of the design, which adds something very interesting to it. But what’s interesting to me is that Mexico in a way, for at least the past two or three decades, is a country that has no fathers. Fathers leave to go work in the U.S., so there are all these children without fathers, looking for something to believe in and looking to be led by someone. In that context, it becomes so easy, when this image of a man is gone, to follow the wrong people, right?

GFM:
Earlier you spoke a bit about people at the edge of morality. Can you elaborate on this idea in the film?

Gareth: I’m fascinated by the idea of morality – about the moral spectrum – and where people like to put themselves, as opposed to where we might actually be, on that spectrum. Being a man in Mexico, under certain circumstances, can be a tragic thing. Your destiny is almost written for you. And the path that you will follow, if you’re from a certain part of the world, is almost dictated by somebody else. You have no real control over your destiny. I’ve seen people do the dumbest things (me included) to prove whatever their idea of being a man was, but very few places have that notion the way Mexico does. You know, the idea that if the barber doesn’t go through with it, he’ll be a coward. And cowardice is the opposite of being brave, which is closely associated with men. I feel like, in Mexico, if a woman were the one who shaved him, people would be afraid for the woman. I toyed with this idea, “What if the barber was a woman?” I’m not sure it would function the same, just because of the pressure that men have in Mexico to be men – to be strong, and to make tough decisions. It’s interesting. 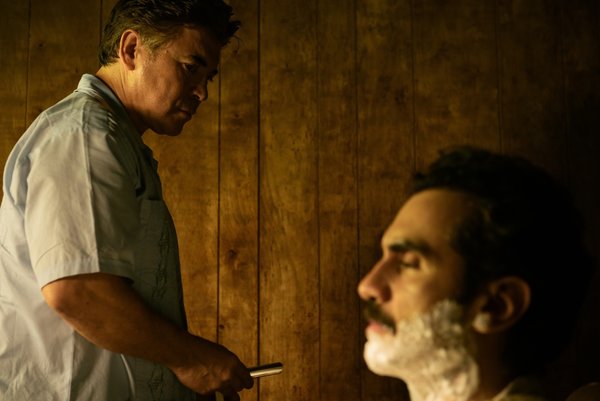 GFM:
Yes! There’s a lot of tradition tied up in the film, as trades are passed down from one generation of men to the next. One man’s trade affords him the opportunity to put an end to the other’s, which is violently and threatening to society. Can you speak more about the title of the film, which in English mean “going against the grain”, in relation to this?

Gareth:
Right. Well, I think it was used in many ways, partly as a narrative instrument, the idea that shaving is very simple, whereas being a drug lord is very complex. The Barber is a person who lives in black and white. It’s either a good shave or a bad shave. It’s either properly done, or it’s not. His daily life is a ritual – the way you hone a blade – it’s the repetition of things done every day that gain this almost sacred sense to them. Ritual is repetition plus meaning. To the Barber, the repetition plus meaning is his shaving. It is a simple world for the barber: you’re either a good or a bad person.

It was interesting to see these rituals at play when the Barber was sent somewhere else, to a place where these simplistic answers don’t exist. If we wanted to make it easier for the Barber, he would show up and the Drug Lord would be a bastard from the beginning, convincing him that, “Yes, this is a bad guy. I should kill him.” In the tradition and in the rituals there is something — and it’s one of my favorite parts of the film, when the Drug Lord asks the Barber, “How long have you been doing this?” And he says, “All my life. My father taught me as a boy.” And then, the Drug Lord says, “My father also taught me, but it was a different business.” It’s again the idea that a lot of men, and a lot of people, don’t get to choose the life they live, and that mechanizing the Barber’s ritual and reflecting it into the next scene, where you see the Barber at first saying, “Real men really like to take the towel hot,” and then when you meet the Drug Lord, he says, “I like the towel very hot” —so is he a real man, or is he not a real man? And in all these details, there seems to be a control that the barber thinks he has, when in reality he has no control, and he’s just another piece in the bigger picture.

GFM:
Your film felt incredibly tightly crafted, and it was extremely absorbing and well rounded. What were the advantages of working within the short film format, and what were some of the challenges?

Gareth:
I think there are very few advantages to working in the short film format, just because I think it’s one of the hardest media. I don’t remember the last time I came home after a day of working, opened a beer, and sat down and watched some short films. It’s very rare. People’s patience is so limited. What it does is it gives you a great exercise in brevity – that you saying only what needs to be said. You can’t have anything that’s not performing a function, whether it’s pushing the story forward, revealing character, creating tone. A feature is nice, because you get to explore worlds a lot more. In Contrapelo, the big challenge was, “How do you suggest a very big war happening outside without ever really showing it?” You’re showing it through people’s behavior, through sound, through music, through the right piece of dialogue, and through the way people react to each other. And I think, in a way, for us, it was a great challenge.

Also, you said that the film was very tight, and I agree. It’s also because—when 70% of your movie is a guy standing and a guy sitting down next to each other in a room, you have to be very careful about where you are and where the camera is, and being at the right place and at the right time, and cutting at the right moment, and showing the right things at the right times, and that every frame is adding something to the screen. Otherwise, people can get very bored. So it was a great challenge of economy: what is the minimum that you can say to achieve the maximum emotional effect?

GFM:
OK, great. So, my last question is: how did you get into film? And can you talk about your experience at AFI?

Gareth:
From the time I found out there was someone making the movies, that someone was directing them – that someone was telling you the story – I’ve wanted to be that person. But where I’m from in Mexico, I had never met a filmmaker in my entire life. It’s such a foreign thing to be a filmmaker. It’s almost stupid. I mean, I still think it’s kind of stupid, at least from an economic standpoint. But I don’t think it’s something you get to choose; it just chooses you. It’s not something I can help. I was supposed to be a lawyer. I went to law school for a year and a half. And then I quit law school because I wanted to be a filmmaker. And I really didn’t know what that meant, or how to even begin, so, I set off on a journey to try to figure it out. I left law school. I left Mexico. You sacrifice a lot, you really do. But it’s out of your control – it’s like being a junkie: you lose your friends, you become poor, you look terrible. And it’s all for the purpose of that one moment where things seem to make sense, and that high — nothing else can give it to you. AFI was the place where, almost for the first time in my life, I was surrounded by people who loved filmmaking as much as I did. It was just fantastic to be immersed in a world where all you talk about, all you think about, all you want to do, is make films and talk about films and watch films. I really loved it. I think it made me into a far better filmmaker, not only because of what you learn about directing and storytelling, but also because of the way it pushes you to your limits, and you learn to expand them. 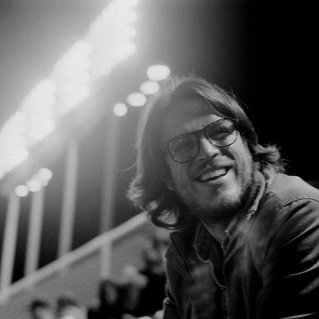